It has been reported that Hon Hai and Sharp plan to build an OLED panel factory for smart phones in mainland China. Now, new news has come out. It is reported that the investment will be hundreds of billions of yen and may be directly The production line is located in Hon Hai's iPhone assembly plant.

Daily News reported on the 17th that Sharp is considering the construction of a mass production plant for OLED panels for smartphones in mainland China. The possible location of the plant includes Zhengzhou City, Henan Province, which has the Hon Hai iPhone assembly plant. The investment scale is estimated to be several thousand. Billion yen, and Hon Hai is also considering funding the OLED panel factory. The report pointed out that in order to compete with rivals such as mainland Chinese manufacturers for orders, Sharp OLED panels may start mass production in advance of the planned 2019. 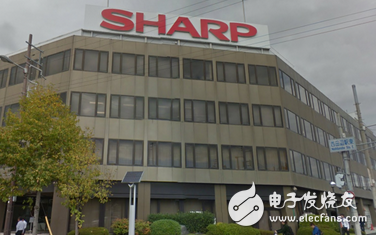 According to reports, after the acquisition of Hon Hai, Sharp plans to spend 20,000 billion yen to produce OLED panels in Japan. However, because it can receive subsidies such as subsidies in mainland China, it is determined that the mass production line will be located in mainland China. It is efficient and the production line is likely to be located in the iPhone assembly plant.