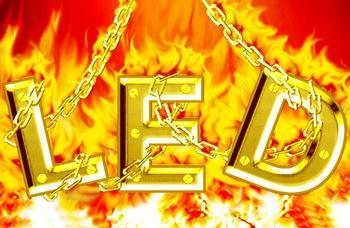 According to survey data from relevant agencies, the global average retail price of LED bulbs that replaced 40W LED lamps fell by 5.7% in April 2013, reaching US$ 16.1, with fewer new product items in each region. In April and April, the prices in the United Kingdom and Germany showed a decline of 5.3% and 13.2%, respectively. The original commodity prices in the two regions showed a relatively large downward trend. In particular, the prices of OSRAM and Samsung's two brand products were significantly reduced. Both regions did not increase this month. Item items appear.

The average price of commodities that replaced 40W in Japan showed a rise of about 2.2%. Some of the products have returned due to the end of the promotional period, and no new items have appeared in the region. The average price of goods in the United States rose by 3.7% in April. The original commodity prices fluctuate slightly, and no new items appear in the region. In April, prices in South Korea fell slightly by 1.6%. The prices of original commodities did not change substantially, and the price fell due to the increase in exchange rates.

The price of goods that replaced 40W in China showed a 9% decline, reaching US$9.8, which is still the lowest in all regions. Due to the start of sales of some of the original products, prices have fallen sharply. The commodity prices in Taiwan showed a sharp drop of 16.7% in April, and the prices of the original commodities remained stable, mainly due to lower average prices of new items, resulting in lower average prices.

The global average price of LED bulbs that replaced 60W in April showed a 1.2% decline, reaching US$23.8. Except for the higher prices of new items in China and Taiwan, which led to an increase in the average price, the average price in other regions maintained a stable downward trend.

Japan's April prices fell by 7.1% to $23.9. The original commodity prices showed a fluctuating trend, while the rising exchange rate caused the price to decline. Prices in South Korea showed a slight decline of 1.6%. There was no change in the prices of the original products, which was mainly due to the rise in exchange rates and the price drop.

In the United States, prices fell by 0.7% in April, the original commodity prices fluctuate slightly, and new items were added this month. Prices in the United Kingdom and Germany showed a decline of 4.8% and 7.3% respectively, of which the original commodity prices in the German region generally fell sharply, with fewer new product items in the two regions.

The 60W commodity prices in China and Taiwan showed 11.6% and 13.4 increase respectively. The prices of the original commodities in the two regions remained basically stable, mainly due to the higher prices of new items resulting in higher average prices.

European prices continue to fall, and competition between local and Korean manufacturers has increased

According to observations, the prices of OSRAM and Samsung bulb lamps in Europe were significantly reduced in April. After Samsung's 7.5W LED bulb fell below 10 euros, OSRAM also significantly reduced the price of its products. Its 8W LED bulbs have a luminous flux of 470 LM. Used to replace the traditional 40W incandescent lamp, which was sold in Germany in April for only 9.95 euros.

OSRAM's price reduction action shows its intention and determination to seize the European lighting terminal consumer market. At the same time, Korean-based manufacturers represented by Samsung also continued to use consistent price war strategies, frequently cut prices, and actively seized the European market. At present, it seems that European market competition is heating up and the average price of products continues to fall. It can be observed that the implementation of a comprehensive ban and the economic recovery after the European debt crisis have gradually fermented the positive impact on the LED bulb market, and LED bulbs The market penetration rate is expected to accelerate.