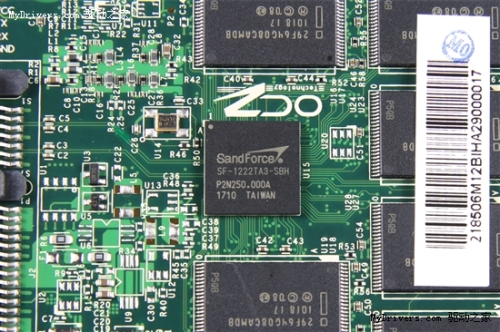 The replacement of manufacturing processes can bring flash memory performance improvements and cost reductions, which are almost universally recognized as facts in the minds of gamers. However, most people may ignore the other side of the matter, that is, the lifetime problems brought about by flash memory manufacturing upgrades.

With the progress of semiconductor processing, the reliability of NAND flash memory will be significantly reduced, and it will take more cost to meet the ECC error correction requirements, and set aside more memory cells for flash aging, after the lifetime of some memory cells is exhausted. Block, replace the problem. For example, the actual write life of a large number of 34nm MLC NAND flash memories currently used in SSDs is about 5,000 times, compared with 3,000 for 25nm flash memories.

The joint venture between Intel and Micron is currently the only manufacturer that can mass-produce NAND flash memory in the 25nm process, but the 25nm flash solid-state drive products of the two companies are not yet available in volume. Instead, OCZ, which frequently operates in the SSD field, has come up with the Vertex 2 series of SandForce solutions with 25nm flash memory.

According to a report from a user who has already purchased a new version of Vertex 2 SSD, the actual capacity of the 25-gigabyte version of the 120-gigabyte product before formatting is only 115GB, which is 5GB less than the previous 34nm version. OCZ explained at the official customer service forum that in order for SSDs to reach a reasonable expected lifespan, they had to increase the reserved flash memory by several GB, so â€œonly 115GB of unformatted capacity for 120GB drives is perfectly normal. ".

As for the question of capacity falsification, OCZ has also expressed its frustration that the total capacity of NAND flash memory chips installed in SSDs has not changed. Therefore, there is no problem of shrinking or falsification. The additional capacity overhead of 5GB is determined by the RAISE check function of the SandForce controller, and this function cannot be closed by the manufacturer, so they have no way to change.